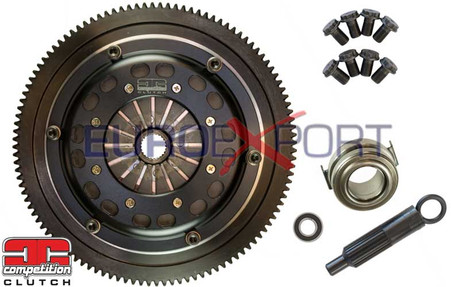 The Super Single was developed for cars not quite ready for a twin but needing something more than the conventional Stage 4. The Super Single mirrors a twin disc in the fact that they both are a 7.25" set up and have 4140 forged steel flywheel. Unlike the twin, the super single only uses one disc and tips the scales around 17-20lbs depending on the application. Includes flywheel, disc, hat, pressure plate, pilot bearing, throw out washer, and alignment tool.